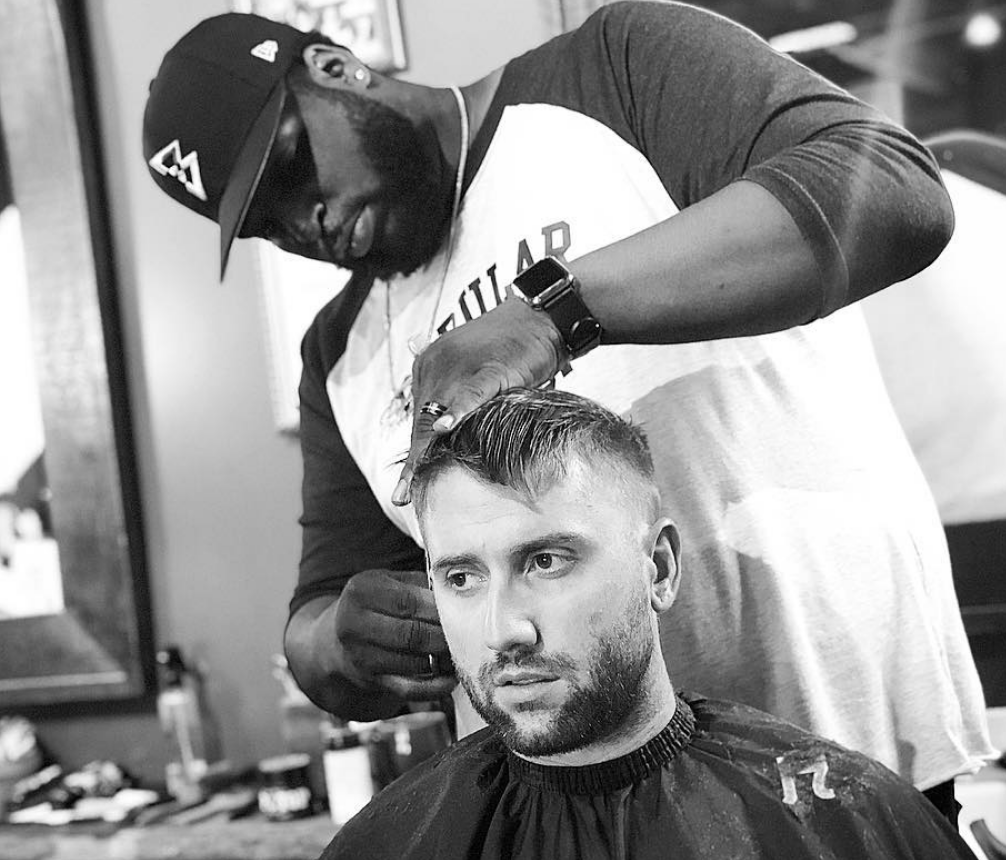 In this interview with John Mosley, he shares how he got started in the barbering industry and reveals the keys to his success.

Identifiable under the alias, â€œPopular Nobodyâ€ (which also stands as the trademarked name for his line of apparel and accessories) John Mosley also happens to be one of the most sought-after barbers in the industry. He also runs the “Renaissance Man” deck of talent.With 14 years of passion and experience, Johnâ€™s career has been on a steady incline of watching his dreams unfold since the days at his alma mater, John Wesley Barber College in Long Beach, Calif. Hard work, insatiable drive, and an unstoppable tenacity for his craft have enabled John to not only keep his chair full with a constant rotation of devoted clientele, but his thirst for whatâ€™s new continues to keep his technical skills a cut above the rest.Eminem and Rihannaâ€™s acclaimed â€œMonster Tourâ€, Music Midtown, and Austin City Limits can all add Johnâ€™s individualized aesthetics to their on-stage resumes. His list of superstar patrons also includes Larenz Tate, Idris Elba, and one of the most talked about names in the music industry today: Kendrick Lamar. No stranger to the athletic world, John also works with the NFLPA and the Washington Nationals baseball team.In addition to movies, television, and commercials, his body of visual precision has also been published in ESPN the Magazine, British GQ, Vogue, and the cover of Billboard Magazine, Black Enterprise Magazine, Ebony, and Rolling Stone.Traveling around the country and being able to share his expert techniques with students and professionals alike, along with participating in Paul Mitchell Schoolsâ€™ Menâ€™s Cutting DVD, stand as just some of the examples of Johnâ€™s warm and genuine personality being further fulfilled by giving back not only to his profession, but his community as well. Be it speaking at high schools in his city, or coaching Pop Warner football for youth, many are able to consider John an inspiration and a lifelong mentor.