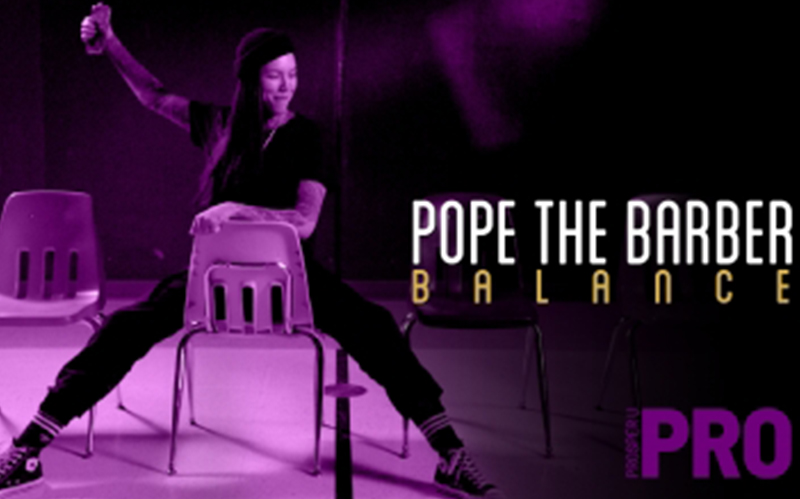 Interview with Pope the Barber: Balance!

Pope the Barber @popethebarber talks about how her hard work and dedication now allow her the freedom to balance her personal and professional life.

About Pope the Barber:

Hattori Hanzo artist Pope The Barber was born and raised in Los Angeles, California. She decided to become a barber shortly out of high school.  During high school she played basketball and learned to cut hair while traveling with the boys basketball team.  At this point she was self-taught and known as ‘the white girl who could cut hair.’  Pope eventually received formal cosmetology training and made barbering her career.

Fast forward 10 years later, her passion has led her to where she is now; an international barber and platform educator as well as barber shop owner of Vatican Barbershop in Santa Ana, California. The creative culture of LA and everywhere she has traveled internationally broadened her neotraditional skills and she applies all of the various techniques she’s learned worldwide to her craft.

She is now one of the most well known female barbers in the world and hopes to spread her love and passion for the industry through continuously learning and educating.