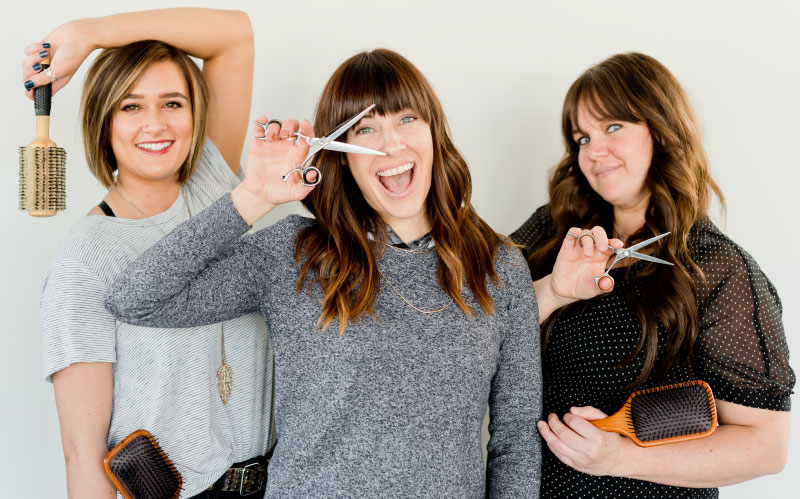 We want you to reach your goals and love what you do because, let’s face it, we love this industry. It’s the greatest industry in the world. As beauty professionals, we get to make people look and feel great every day. As a result, people look forward to seeing us. There is so much potential for success. But getting started is the hardest part. In this series, “Business Advice from Eric Fisher,” we tap into Eric’s wealth of knowledge and share advice that will help you reach your goals. Without further ado, here’s the latest business tip.

Practice makes perfect! You’ve probably heard this hundreds of times throughout your life but it’s so true. For you to reach your full potential in this industry, you have to practice. It’s not about natural talent. The difference between a virtuoso and the musician next to him is simply that the virtuoso did the same thing more than 10,000 times and got a little better each time.

It takes about 10,000 hours of work to achieve mastery in almost any endeavor according to author Malcolm Gladwell. In his book, the “Outliers: The Story of Success,” he makes a great case for practice trumping intelligence. He notes that Bill Gates would have never created Microsoft if he hadn’t had the unique opportunity to spend thousands of hours writing computer code in high school. He also points out that before they got famous, the Beatles were forced to perform together for hundreds of hours a month, thanks to a regular gig in a German nightclub.

Eric always talks about the four stages of learning that you have to go through to become a master.

STAGE TWO:  The “Conscious Incompetence” stage.
This is the stage where you recognize that there is a skill you need to learn.

STAGE THREE: The “Conscious Competence” stage.
In this stage, you know how to do it but doing it requires a lot of thought and practice.

STAGE FOUR: The “Unconsciously Competent” stage.
This is the final stage where you’ve practiced and done the skill so often, you can do it in your sleep. You’re a master at it. This is the stage you want to be in but the only way to get here is to practice.

Here’s a great story of how practice can help you reach your goals and open doors for you. As a new hairdresser, Lesley didn’t like doing updos. She wasn’t confident in her braiding abilities or her skills in executing updos for prom, homecomings and weddings. So Lesley decided to face her demons and start doing her least favorite thing, updos. She watched tutorials, she observed other hairdressers at work and learned to master the skills she needed to make updos something she excelled in. She practiced. And practiced. And practiced some more. Fast forward a few years later, her hard work paid off. Lesley was asked to join the Aquage team as an Artist and Educator. Those same updo skills she lacked confidence in became her specialty and she started educating others on what she learned.

The truth is, not very many people perform at the top of their game. But as they say, the view is better at the top. Practice often, and you’ll get there. Start with the basics. They are the foundation and build from there.

John Wooden, the famed UCLA basketball coach, told his players, “Make every day your masterpiece. Practice hard to get it right.  Because practice, repetition and hard work are the keys to technical expertise and great quality.”

What professional skill could you improve? Is there a service you avoid doing because you aren’t confident in your abilities? Our challenge to you is to spend a minimum of three hours a week practicing whatever skill you need to or want to master. After a month, see how much you have improved. Then continue to practice. And practice. And practice some more. Trust us, it’ll pay off!